And Who Is My Neighbor?

But he, desiring to justify himself, said to Jesus, “And who is my neighbor?” Luke 10:29

A first century Jew would never use the word “good” to describe a Samaritan. That’s hard for us to pick up on, especially when anyone who does a good deed in your news feed is described using these terms. Jesus’ decision to cast a Samaritan as the hero is shocking, and if we want to understand Jesus’ point in it all, we’d do well to take a closer look.

Football coaches say, the shortest distance between two points is a straight line. Right? For many first-century Jews, that principle didn’t apply when traveling the dusty roads of first-century Palestine. Jews planning roadtrips in ancient Israel would, at great cost to their trip time, re-route to avoid Samaria entirely. They preferred a detour.

In the context of Luke 10, the lawyer is asking Jesus to give his racism a pass.

In the racially charged first-century world (not much as changed), the land & people of Samaria were considered half-breeds by their Jewish cousins, who thought the hate was well deserved. Let’s call it like it is, the Jews — and the lawyer in Luke 10, harbored racism of the foulest kind towards Samaritans.

In the context of Luke 10, the lawyer is asking Jesus to give his racism a pass. Surely Jesus would understand the need to categorize and withold love based on prevailing social sentiment, and hermeneutical (fancy word, simply means “how you interpret the Bible”) trends.

Yet Jesus isn’t swayed by the shifting opinions of men.

The story Jesus tells the man in Luke 10 is important. But it sets up even something more important. Here’s the short: A man is mugged and left for dead. A priest sees him, but keeps going. A religious assistant also sees him — but walks around. Then enters the unlikely hero: the Samaritan. And what does he do?

He “saw him, and had compassion” the text tells us. Not only that, but he stabilized his wounds with the best the first-century world had to offer: a mixture of wine and oil. To top it all off, he took the man to an inn, and provided for his full rehab from his injuries.

Jesus’ story is only part of the answer to the lawyer’s question. Jesus answers a question with a question of His own. This was a common technique for first-century Rabbi. A well-timed question says more than a full on dissertation sometimes, and Jesus loves this method.

The lawyer asked, “Who is my neighbor?” and Jesus responds with “Who proved to be the neighbor?” — do you see it? The lawyer asks “who” but Jesus says it’s more about you.

“Don’t worry about who is your neighbor. Go, be a neighbor”, says Jesus.

Jesus frees the commandment to love our neighbor from the winds of culture, from blame-shifting, from vague abstraction, and from ethical dilemmas. With one question, Jesus puts the weight back on the lawyer:

“Don’t worry about who is your neighbor. Go, be a neighbor”, says Jesus. 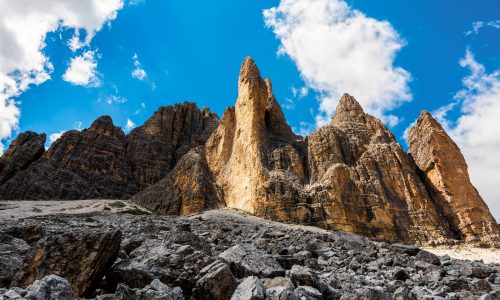 The God of What’s Next 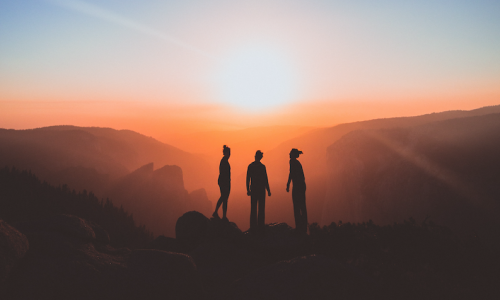